Pirate for Life-Chad Gilbert Honored by Hall of Fame 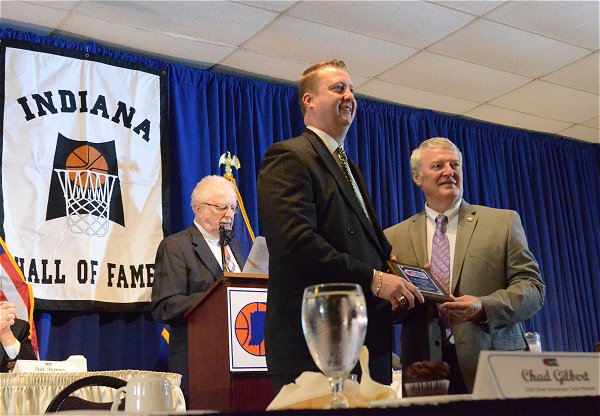 During the same Wednesday evening event; the Hall of Fame also, as they have since 1962, recognized 18 men as members of their 2016 Silver Anniversary Team – acknowledging their spot as top senior basketball players in Indiana 25 years ago.

Gilbert is the first Charlestown alum to be recognized in any way by Indiana’s Basketball Hall of Fame; and becomes another prideful chapter in the almost 100 year history of Charlestown boys basketball.  The centennial anniversary of Charlestown Pirate Basketball is scheduled to be celebrated during the quickly approaching 2017-18 basketball season.