The Charlestown High School Lady Pirate Volleyball program will be holding its first annual Alumni Match and 2019 Team Preview on Saturday, August 10th beginning at 6:00 pm in the CHS Sports Arena at Charlestown High School.  Spectator admission is $3.00 per person with proceeds to directly benefit CHS Volleyball.  Activities begin with Volleyball Skills Contests at 6:00 pm, followed by an Alumni versus Alumni game beginning at 6:30 pm.  The 2019 CHS Volleyball Team Preview will begin at 7:30 pm including a sneak Varsity versus Junior Varsity scrimmage.  There will be plenty of Fun, Food, and Volleyball for all, while supporting CHS Pirate Volleyball.  For more information or Alumni details, contact CHS Volleyball Head Coach Tammy Nuxoll at tnuxoll@gccschools.com or Alumni Players can register HERE. 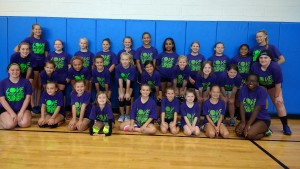 Charlestown Pirate Volleyball will be hosting a summer volleyball camp at Charlestown High School starting Tuesday, May 28th and running through Thursday, May 30th.  This camp is for boys and girls currently in grades K-8th of  this school year; and conducted each day from 6:00-7:30 pm for K-4th grade campers, and 7:00-8:30 pm for 5th-8th grade campers.  The camp cost is $30 per participant and can be submitted in advance (pre-registration) or at the door on the day of camp.  Camp registration is available for download and print by CLICKING HERE.  All pre-registered participants will receive a camp t-shirt, and as along as supplies last for day of camp regrations.  Questions regarding this camp opportunity should be directed via email to Coach Tammy Nuxoll at tnuxoll@gmail.com. 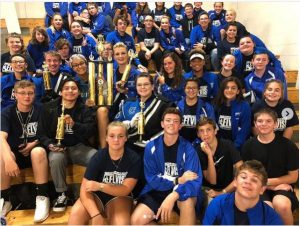 Congratulations to our Charlestown Marching Band of Pirates, who despite the venue change due to weather, dominated the Class A competition Saturday at Salem High School.  Charlestown, under the direction of JoAnn Talley, brought home another FIRST PLACE trophy from Salem while also scooping awards for Best Drum Major (Lauren Shay), Best Color Guard, Best Music, and Best General Effect (winning all but one category).  Outstanding work Pirates, and what a way to represent and conquer mother nature’s curve ball!! 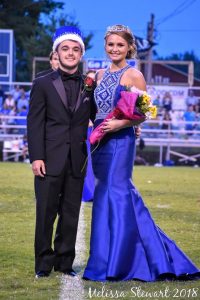 Indiana’s longest running high school football Homecoming Parade will be held Thursday (TONIGHT), September 6th beginning at 5:00 pm from the south parking lot of the Charlestown High School. The parade route will include traveling south on Monroe from the high school, then west on Main Street before stopping on the city square for a pep rally. Additionally and traditionally, the Pirate Football parents will be selling rib eye sandwiches up on the square from 5:00-6:00 pm during the pep rally festivities like in years past. Pirate Football will host MSC football rival North Harrison Friday night in the Bone Yard with a 7:00 pm kick-off and annual Homecoming ceremony taking place during halftime of the game. HAPPY HOMECOMING PIRATE NATION! 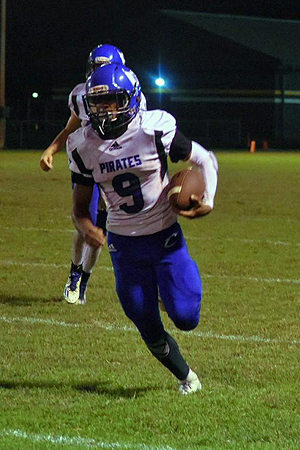 Charlestown Pirate Football (2-1 & 2-1 MSC) traveled to rival Clarksville Friday evening; with hopes of hanging a 12th straight varsity football victory on the Generals and make the all time series 27-22….mission accomplished.  Even though mother nature made Pirate Nation wait til her pregame light show was complete and put away; Junior Marion Lukes and the Pirates wasted no time when the game clock started.

Charlestown cruised to a 41-12 victory, leading 28-6 at the midway point of the evening.  Lukes was simply unstoppable and virtually ran the ball at will finishing the game with 475 yards on eighteen carries and five of the Pirates’ touchdowns; 320 yards on just ten carries during the first half alone.  Lukes’ total against the Generals set a new single game rushing record which had stood since Ryan Roederer’s 350 yard performance against Brownstown in 2000.

Lukes scored touchdowns on runs of 55, 49, 86, 51 and 77 yards; similar to the pregame lightning.  The Pirates also got scoring courtesy of a Devin Lukes touchdown, a Bo Braunecker two point conversion, and three Andrew Mattingly point afters.

The Pirate Defense was led by Sophomore Deke Brown, named the Defensive Player of the Game by The Pirate Network Broadcast on WPMQ 99.3 FM Radio.

“Marion really ran the ball well, looked like he was on another level this evening”, stated Pirate Head Coach Jason Hawkins of his Junior Running back’s performance.

The Pirates are back in action next Friday at home in the Bone Yard, against the defending MSC champs from North Harrison; the Cougars (3-0), who dispatched Corydon 42-7 Friday night. 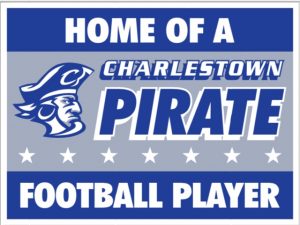 Show your Pirate Football Pride and the distinction of having a player under your roof.  New “Home of Pirate Football Player” yard signs will be available for all CHS High School, CMS Middle School, and Charlestown Little Pirate youth player families this Wednesday from 5:30-6:30 pm, in front of the high school football field entrance.  These are double sided yard signs (with the adjacent design) at a cost of $10.00 each.  These signs have no dates or years on them so they’ll be good as long as the player continues to play for years to come.  Go Pirate Football at all levels in Charlestown!