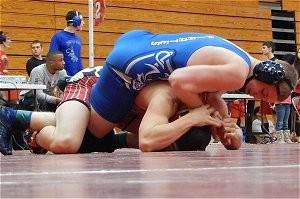 According to www.TrackWrestling.com the following Charlestown Pirate Wrestling results were located by CPPSB for Saturday’s Jeffersonville Wrestling Regional.  The top four finishers in each weight class advance to next Saturday’s Semi-State round in Evansville.  According to the results found, Charlestown’s Bryant Haynes, who finished second in the 145 weight class and Zach Higdon, who finished third in the 182 weight class, have advanced to next weekend’s Semi-Finals of the State Tournament.

Complete Charlestown Pirate Wrestling results, according to www.TrackWrestling.com are as follows:

-Pirate Tanner Smith lost to Brown County’s Colten Harper in a 10-4 decision in the 113 weight class.

-Pirate Bradley Laffoon lost to Jennings County’s Christian Redmon in the 195 weight class, Redmon ended up second in the class.

Congratulations to the Pirate Wrestling team for obviously another successful season. 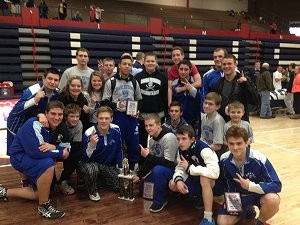 The Charlestown Pirate Wrestling team got their 2014-15 season underway Wednesday evening, and courtesy of a 53-21 victory at Providence.  Victorious for Charlestown included Tyler Olsen (182 class), Tanner Smith (113 class), Isiah Watkins (120 class), Darian Zies (126 class), Cameron Hopson (132 class), Bryant Haynes (145 class), Dillon Gray (152 class), Conner Applegate (160 class), and Zach Higdon (170 class).  The coaching staff was pleased it get the win in the first match of the season, however even more pleased with the improvement of the team as a whole since last season.  The Pirates will travel to New Castle Indiana for their invitational tournament this Saturday.