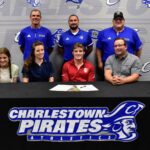 Recently, Charlestown’s 2022 graduate Ben Phillips was joined by family, teammates, and coaches to sign his letter of intent to attend school and wrestle at Indiana University. At the time of his celebratory signing, Phillips had already begun classes in Bloomington, working toward a degree in Exercise Science. But,...Read More » 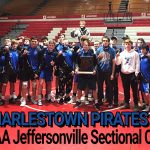 In a school year filled with ups and downs like sleds on this week’s snowy hills, the Charlestown wrestling team has had their eyes set straight on winning a sectional crown. Not rain, sleet, snow, nor COVID would...Read More »

SCHEDULE AND EVENT UPDATES FOR THIS WEEK:
Lots of information here, folks so if you plan on attending girls basketball, wrestling, or boys basketball please read below!
12/5  (Saturday) Boys Basketball Body Armor Showcase has been cancelled. 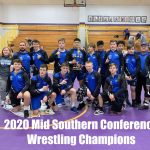 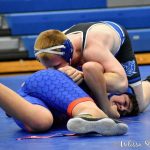 Thursday night the Pirate wrestlers hosted one of its only two home duals this season against Mid Southern Conference foe Silver Creek. This is the first year that the Dragons have had a wrestling team...Read More » 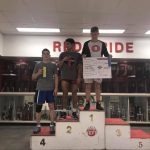 Three Pirates will represent Charlestown High School in this weekend’s Evansville Reitz semi-state.  Colin Knox placed 3rd and advanced in the 120 pound weight class while Ben Phillips (138) and Sean Baker (285) both placed 4th and advanced. The semi-state will be held at the Ford Center at 10:00 A.M. Best...Read More » 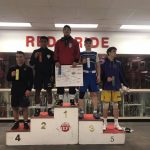 The Charlestown Pirates wrestled at the Jeffersonville Sectional this past weekend. Twelve wrestlers participated, eleven made the podium, and nine qualified for the regional next Saturday, also to be held at Jeffersonville. Complete results are as follows: 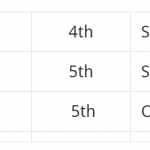 The Charlestown HS Pirate Wrestling team opened their regular season defeating Providence HS Thursday evening on the road to a 54-15 final.  Picking up pins for Charlestown were Darien Zies at 126, Mark Sherrill at 138, Logan Hurricane at 152, and Josh Rijos at 220 lbs.  Also winning for the...Read More »

The Mid-Southern Conference Wrestling meet, originally scheduled for the morning of January 23rd has been moved to Saturday evening (January 23rd).  The meet will start in the CHS Sports Arena (Auxiliary section) at 6:00 pm with weigh-ins beginning at 5:00 pm.

The Lady Pirate Basketball game will be played as scheduled...Read More » 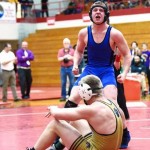 Charlestown HS Pirate Grappler Bryant Haynes has been selected to be a member of Team Indiana in the 2015 Indiana/Illinois All-Star Classic.  The event will be held this Sunday, March 15th at Lawrence North High School, in Indianapolis.  The annual Classic will feature the two best high school Seniors...Read More » 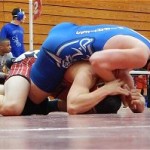 According to www.TrackWrestling.com the following Charlestown Pirate Wrestling results were located by CPPSB for Saturday’s Jeffersonville Wrestling Regional.  The top four finishers in each weight class advance to next Saturday’s Semi-State round in Evansville.  According to the results found, Charlestown’s Bryant Haynes, who finished second in the 145 weight...Read More » 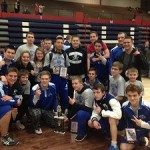