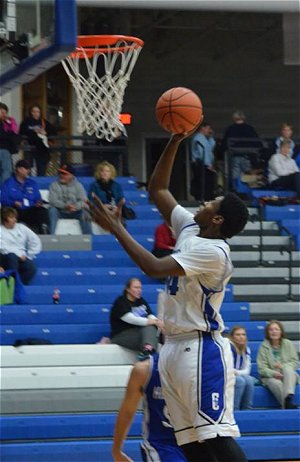 The Charlestown Pirate Basketball team improved its record to 8-11 and 3-5 in the conference by wasting no time defeating the home standing Cougars in Ramsey Thursday evening.  North Harrison dropped to 5-14 under first year head coach Kevin Jones; while the victory gave the Pirates their fifth win in the last six match-ups with the Cougars.  “We got off to a great start because of our defense.  It was a great team win” commented Pirate Head Coach Jason Connell after the game.  The Pirates led the Cougars 26-9 at the end of the first, then 40-21 at the half.  Jamal Long, who averages twelve points a game, led the Pirate scorers Thursday night by finishing with 29.  Eli Daniel added 8 points, while Derek Walters, Lex Smith and Korey Harris all finished with seven points a piece, respectfully.  Charlestown used the quick start to cruise to a 75-57 victory by game’s end.  Charlestown is back in action Tuesday evening at New Washington.  The Pirates topped the Mustangs 69-39 in the season opener in the CHS Sports Arena.