Football fans across the nation have long been acquainted with helmet stickers. For over 40 years, they have been used in college football–and more recently some high schools–to signify special achievements on offense, defense, and special teams. Many young players have grown up watching college football and recognize the buckeye tree leaf of Ohio State, the paw of the Clemson Tiger, or the tomahawk of the Florida State Seminoles and think to themselves how cool it would be to earn something so simple, yet so meaningful to represent their work in the sport. 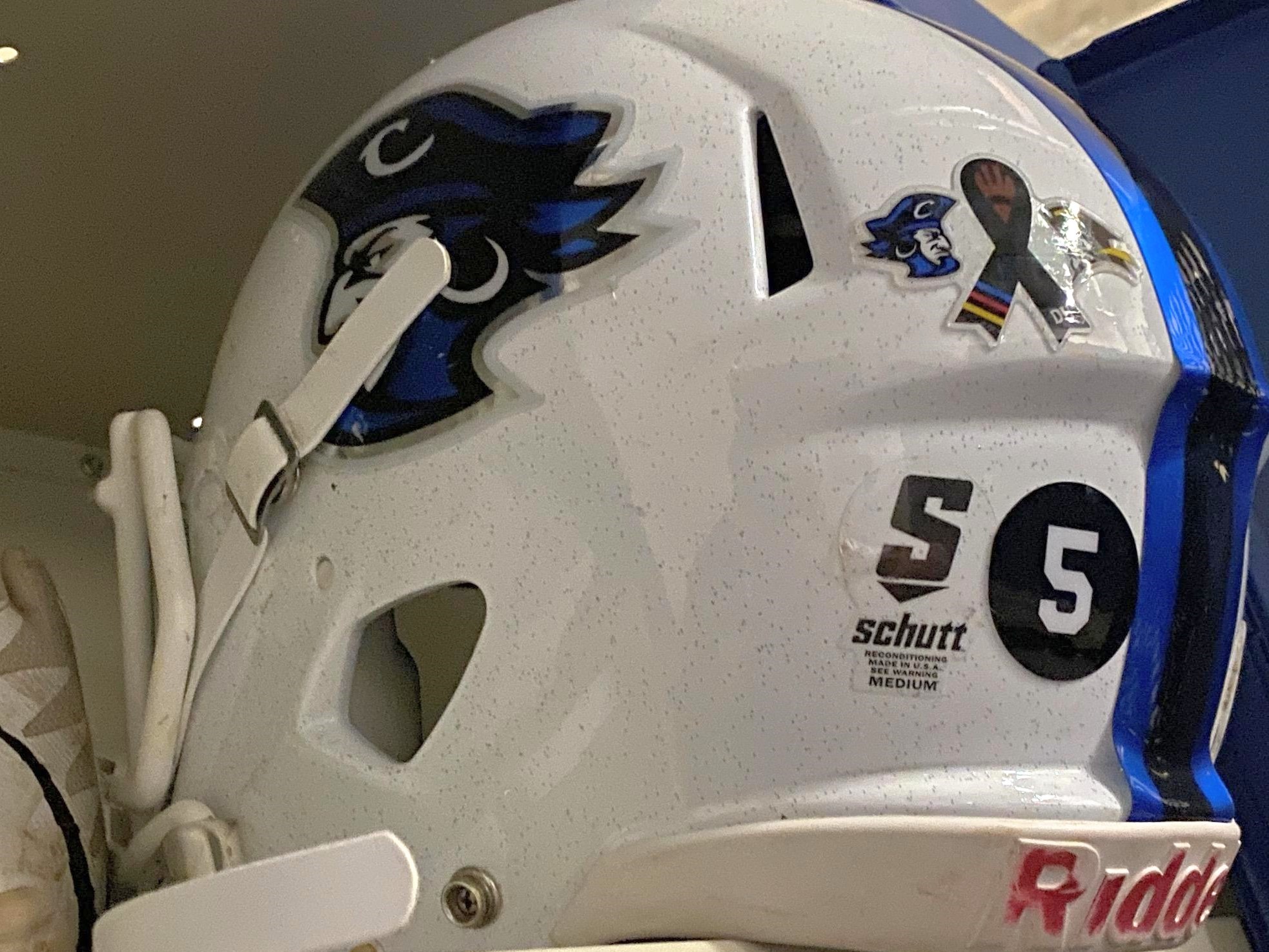 Sometimes, however, helmet stickers mean something much more than those tackles and touchdowns. Tonight when our Pirates take the field, fans should pay close attention to two stickers that have been affixed to their helmets for the 2020 season. The first of those stickers is the #5 in memory of Pirate football great Tyler Odle, who tragically passed away in a car accident in May. Playing for the Pirates from 2009-2012, Odle broke the record for Most Receiving Yards in a Career (1,964), Most Receptions in a Career (110), Most TD Receptions in a Career (26), Most TD Passes Caught in a Season (14), and Most Receptions in a Game (12). The Odle family would like to thank the entire community and Pirate family and issued the following sentiment: “Tyler meant the world to us and we will forever be saddened by his loss! We are beyond grateful that his legacy will always be honored in our town.”  It should also be mentioned that the #5 jersey will not be worn in 2020. 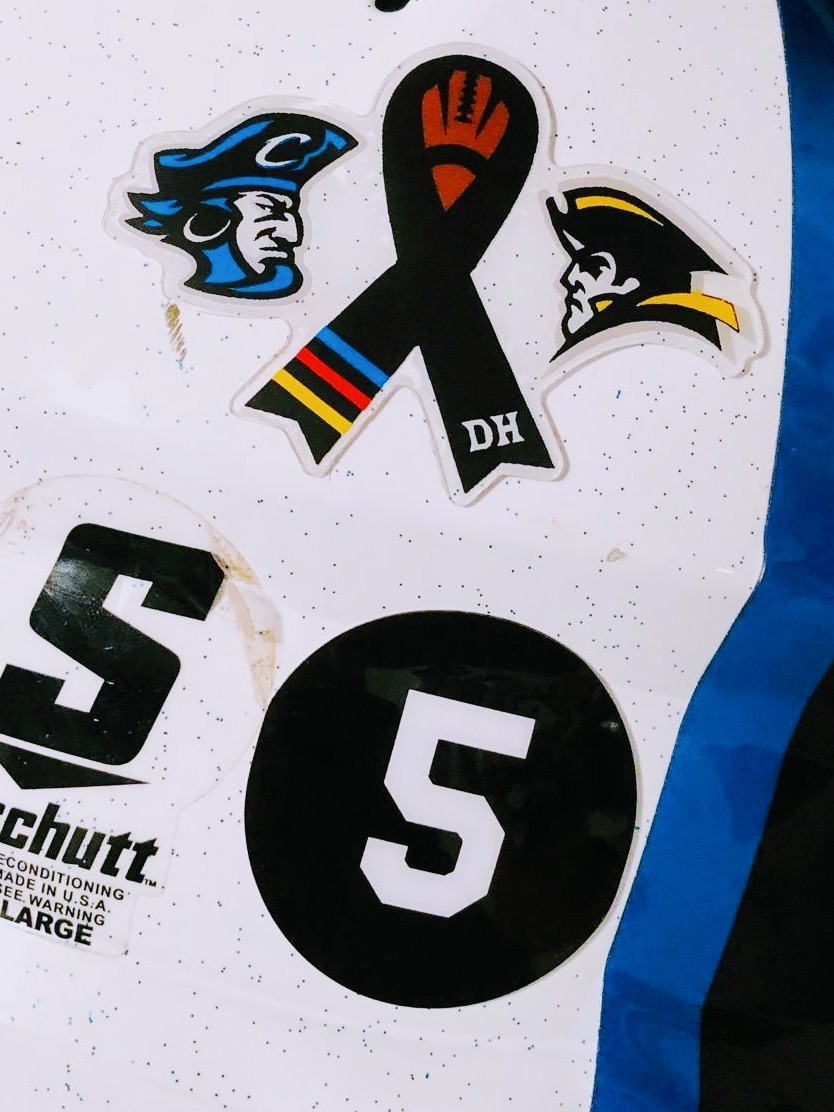 The second sticker is comprised of a Charlestown Pirate, a Clarksville General, and a black ribbon accented with blue for Charlestown, yellow for Clarksville, red for Parkinson’s disease, and a DH in honor and memory of the late Coach Dennis Hawkins, father of Pirate coach, Jason Hawkins. Dennis Hawkins was the head coach at Clarksville High School for 25 years, leading the Generals to over 100 victories, several Mid Southern Conference championships, three sectional titles in 1985, 1997, and 1999, and the state championship in 1997 where they finished runners up. The stickers were designed by WPMQ staff members on the vision of football parents and were their gift to the football program. The Hawkins family was truly touched by the thoughtfulness of the gesture and said, “Our dad loved football, especially Clarksville and Charlestown football. He passed away on August 4th with Parkinson’s. The family would like to thank the football players for wearing the sticker and all those who helped make and buy them. We appreciate you all honoring Coach Hawkins’ legacy.”