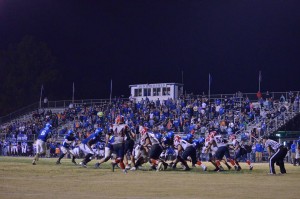 Charlestown Pirate Football solidified their offensive groove Friday night in the Bone Yard, hosting #2 Heritage Hills (8-2) in the Class 3A Sectional #31 opener.  Despite unorganized officiating, the Pirates fought through ten penalties and a couple bouts of cramps to rally from a 24-7 third quarter deficit to edge Heritage Hills 39-37.  The win not only advances the Pirates (8-2) to Friday’s Sectional Semi-Final against #15 Brownstown; but it also ended the pesky post season success the Patriots (4-1) have had over Charlestown.  During the pre-game conversation with CPPSB.com, Coach Hawkins revealed a game plan built around pounding it away on the ground; which Coach and the Pirates executed to a such a degree that plain worn out the famously disciplined perennial power from just west of Santa Claus, Indiana.  While the Pirate offense put the Patriots on their heals midway through the third quarter, Coach Brafford and the Pirate Defense provided the necessary stops and disruptions to allow the Pirates to rally to a 31-31 tie with 7:04 remaining in the game.  The Pirate offense out-rushed the visitors 475 to 217; holding their multi-purpose Senior standout Kenton Crews to just 74 yards.  Charlestown saw three players rush for more than a hundred yards in the game.  Junior Antonyo Gaddie, named the Coyle Chevy, Buick, GMC and Coyle Nissan Offensive Player of the Game, finished the contest with 171 ground yards on 29 carries and three scores.  Junior QB Brendan Lawler finished with 158 yards on 17 carries and a touchdown, while also adding 45 yards of passing and another touchdown to Junior Garrett Woods on two of four tosses.  Senior Tate Boley added 115 yards on just seven carries.  Senior Quinton Fetz was named the Coyle Chevy, Buick, GMC and Coyle Nissan Defensive Player of the Game after leading the Pirates with five solo tackles and providing the motivation the defensive line needed while compromising the Patriot offensive plan.  The Pirates took a 39-31 lead with 1:35 remaining before Heritage Hills answered three plays later.  The difference at the end of the game being a missed conversion pass with 1:04 left which would have likely forced overtime.  The Pirates, for the second straight year, will host conference rival Brownstown (8-2) in Friday’s Sectional semi-final.  The Braves dispatched Salem 43-18 Friday night.  Listen to the archived broadcast of Friday’s game at www.CPPSB.com. 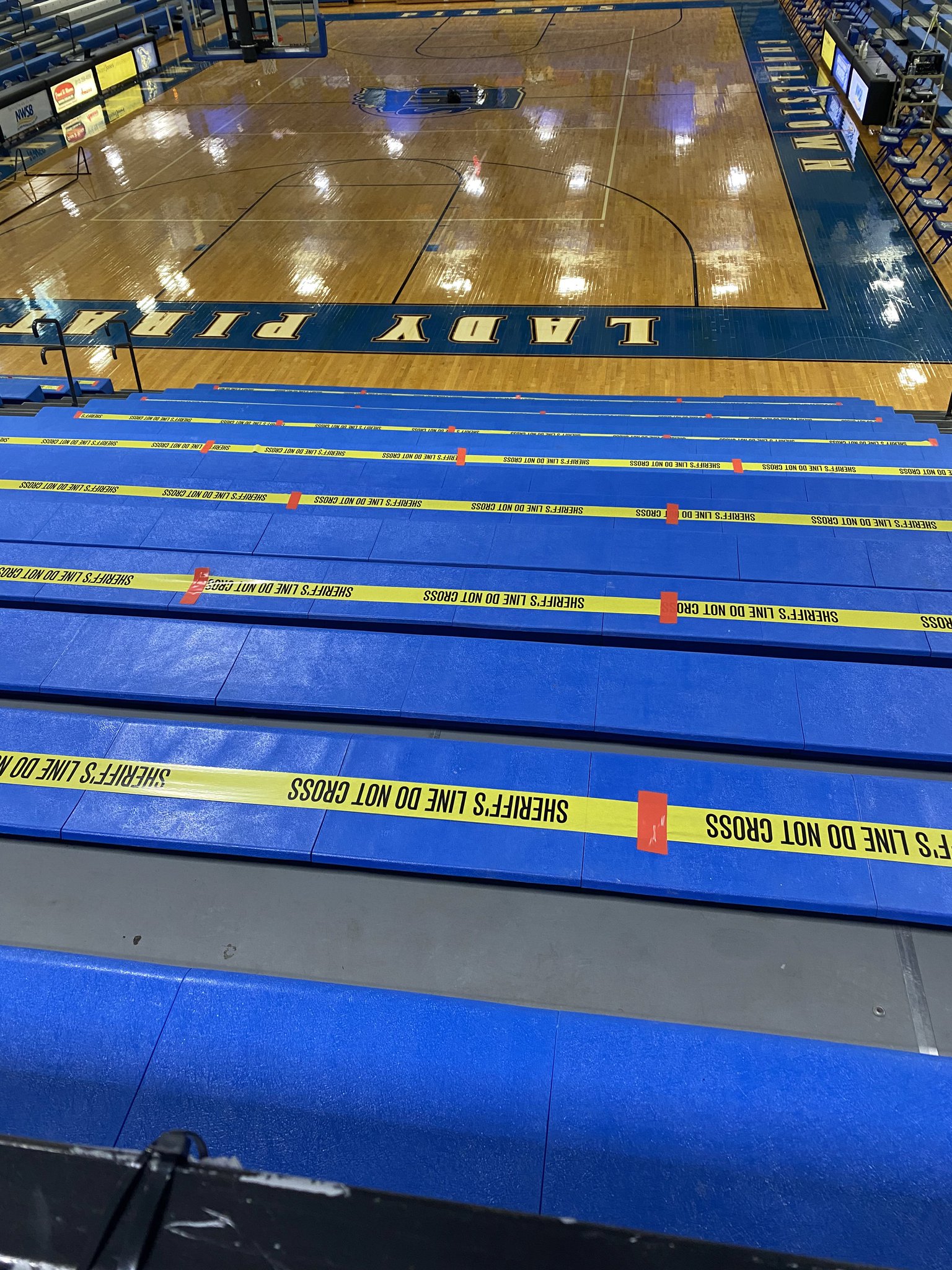