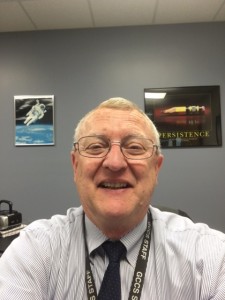 Mr. John Rowland graduated from Murray State University in 1972 with a Biology Major and Chemistry Minor. Mr. Rowland received his Master’s Degree from Murray State in 1975 in Secondary Education and a Rank 1 from the University of Louisville in 1979. Mr. Rowland has 44 years of teaching and administrative experience. He has served as a Teacher, Assistant Principal, Principal and Facilities Director for Bulliet County Schools, in Kentucky. He is in his 15th year as the Assistant Principal at Charlestown High School. Mr. Rowland is married to Marilynne and they have two daughters, and one granddaughter. Mr. Rowland plans to retire from Charlestown High School at the conclusion of the 2016-2017 school year.