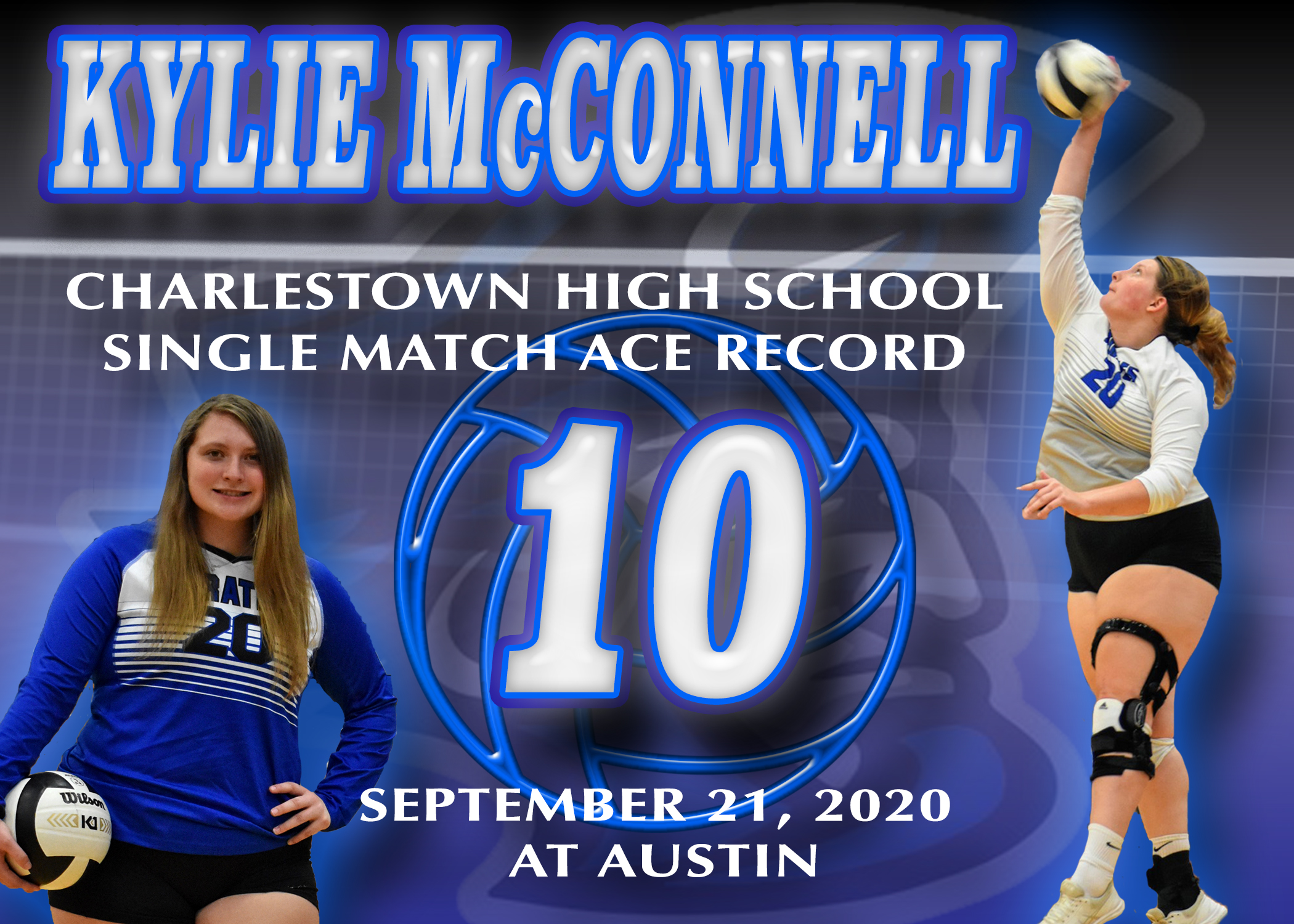 Congratulations to Lady Pirate Volleyball standout Kylie McConnell. In last night’s Mid Southern Conference contest at Austin, she broke the single match ace record with ten service aces. The record was previously held by Kayleigh Smith and Savannah McClelland who each had nine.
The Lady Pirates were victorious in the five set match 23-25, 19-25, 25-11, 25-9, 15-7. According to Coach Tammy Nuxoll, “There were two hard fought matches won tonight by the JV and Varsity. Austin started the first two sets strong, and we struggled at different times with our passing, serving and offense. It just seemed when we did one area better another area fell apart. In the third set Kayleigh Smith got our offense rolling and then enabled other hitters to start getting better opportunities. Kylie McConnell also got on a great serving run in the third set to help our efforts. Once we started to get things going in the third set, we were able to settle down and play much stronger as a team. I was proud of the way we hung on and fought back after losing the first two sets.”
The Lady Pirates host Scottsburg on Thursday in another MSC matchup.
Story and graphic contributed by WPMQ Staff.