Last night the Lady Pirate volleyball team hosted the neighboring Lady Mustangs of New Washington. Both teams came into the contest hunting their second win of this early season as Charlestown was 1-3 with a win over MSC rival Clarksville and losses to Jeffersonville, Corydon, and defending state champion Brownstown. New Washington entered 1-2 with a win over South Decatur and losses to Greensburg and Southwestern. 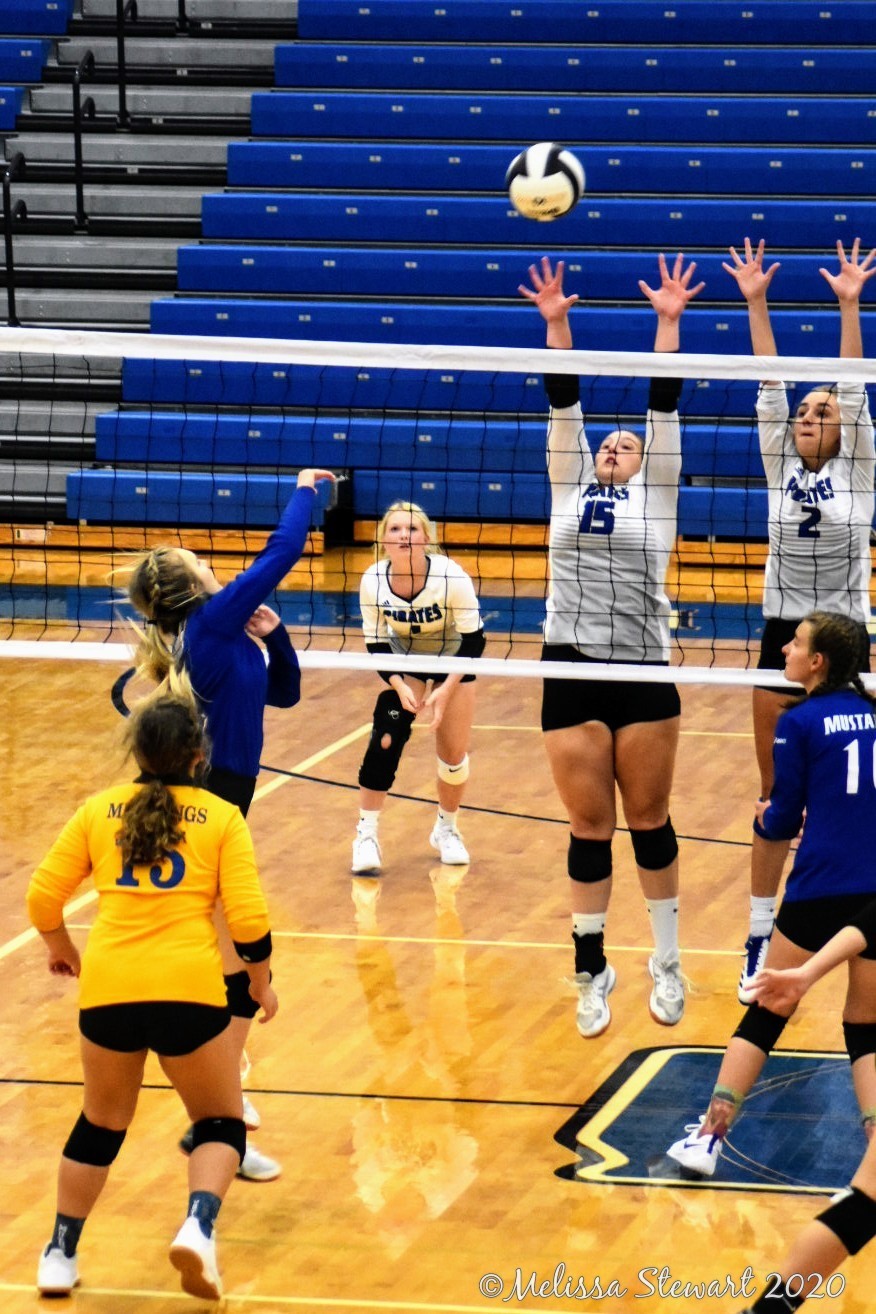 The Lady Pirates came out strong in the first set and played well, easily capturing the 25-8 victory.  Coach Nuxoll credited Emma Obermeier and Abbi East with a few good serving runs in that set.  In the second set, the Lady Pirates took a 6-0 lead before giving up seven straight. Nuxoll said, “I think we got into our own heads a little bit and struggled making our own errors. New Washington isn’t a team to back down and kept coming at us.” The Lady Pirates then gathered their composure and went on to win that set 25-18.  More strong serving from Emma Obermeier as well as Macy Vaughn in the third set helped pace the victory, 25-11.

Kayleigh Smith and Lanae’ Crowe led the offense with 7 kills each, and Kylie McConnell and Kenzie Baker each contributed 4 kills. Maci Vaughn led the defense with 11 digs and also had 2 aces. Emma Obermeier ended the night with 5 aces and also contributed 8 assists.

Coach Nuxoll concluded saying, “We hope to carry the positive play from tonight into our match at Henryville tomorrow.” Henryville is defending its sectional title this season and will enter the contest 5-2. Most recently they lost 2-1 to Hauser in the championship game of their own invitational.