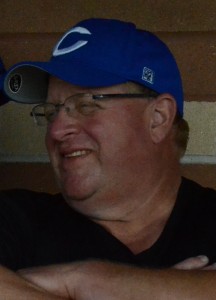 Charlestown Lady Pirate Softball Head Coach Kevin Zollman has announced that he has decided to retire at the conclusion of the 2015 spring season.  Coach Zollman has been at the helm of Lady Pirate Softball since 2002, when he replaced Coach Don Carroll.  Coach Zollman has amassed an overall record of 174-145 during his fourteen seasons (not including the remainder of the current season); which includes back-to-back sectional titles in 2013 and 2014, as well as a Mid-Southern Conference Title in 2012.

Zollman’s 2015 squad (as of Sunday May 17th) has a record of 16 wins and 4 losses, is a half game from winning a share of another Mid-Southern Conference Title, and recently upset the #2 team in the state of Indiana (8-2) on their home field.  The Lady Pirates have also won both the Providence and Edgewood Invitational Tournaments this season.

The Lady Pirates will be celebrating Coach Kevin Zollman, along with their three seniors, during their final home game on Friday, May 22nd.  All former Lady Pirate Softball Coaches and Players are invited and encouraged to attend the celebration before the game; which is scheduled for a 6pm first pitch.

Thank you Coach Zollman, your career as the Charlestown Lady Pirate Softball Head Coach has been historic; we wish you a great retirement after years of hard work, dedication, and leadership.