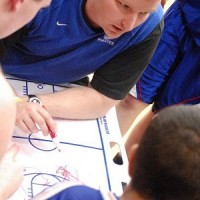 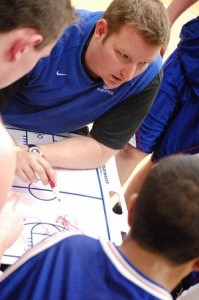 The Greater Clark County School Board voted Wednesday evening to approve Jason Connell to return to the Charlestown Pirate Basketball sideline effective immediately.  Connell replaces Sean Smith, who led the Pirates for eight seasons before taking the head coaching job at West Washington in May.  Connell has been the Clarksville Boys Basketball Head Coach since midway through the 2010-11 season; after serving six years as an assistant under Sean Smith at Charlestown.  While at Clarksville, Connell accumulated a record of 65 wins and 18 loses; including a 23-3 / Semi-State appearance record last season.  Connell, during his three and a half seasons with Clarksville, led the Generals to two MSC titles, two sectional titles, and one regional title.  “It’s home for me,” Connell told the Courier-Journal’s Justin Sokeland Wednesday evening.  “I’ve been around the kids for years, and they know me and what I’m about.  It does help the transition…..I hope they’re excited, I know I am.”  Connell inherits a Pirate team which graduated just two Seniors from last season’s 6-16 squad; including several players he has coached in the past at Charlestown.  “I’m very excited to be able to lead the Pirate Basketball program.  Its a great opportunity and I look forward to the challenge”, Coach Connell told Pirate Pride Sports Broadcasting.  Chad Gilbert, the Charlestown High School Athletic Director, said “you would be hard pressed to find someone in the area with as much recent success as Coach Connell.”   During his stint coaching at Clarksville, Connell continued to live in Charlestown; as well as remain a physical education teacher at the Charlestown Middle School.