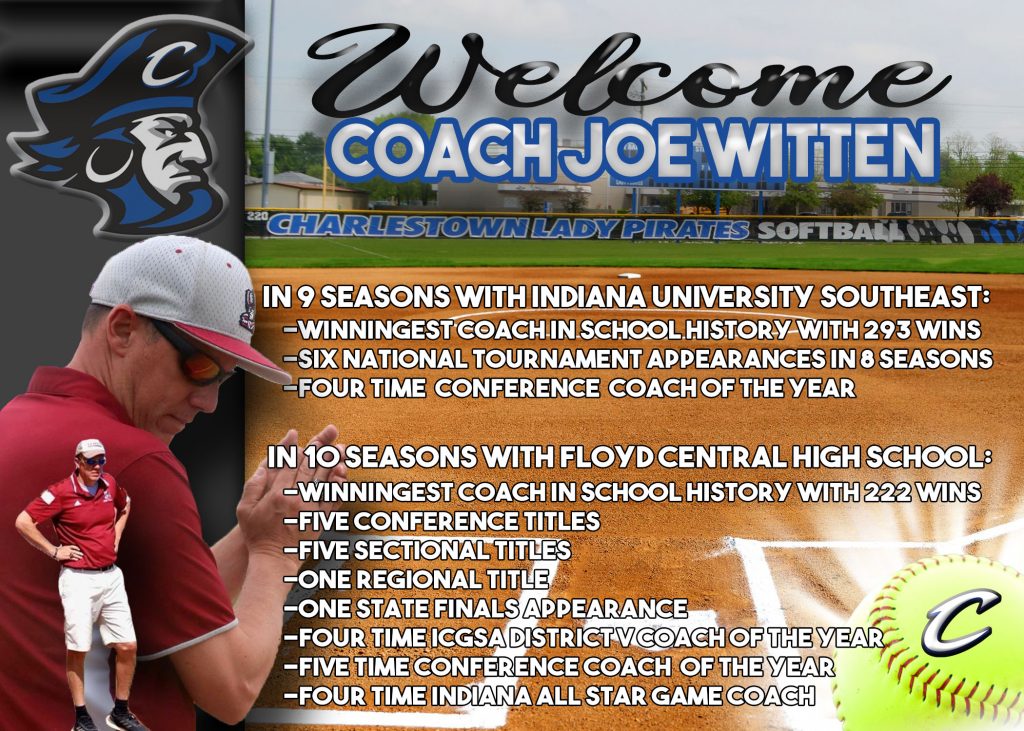 Coach Witten comes to us with an extensive and impressive resume. He spent ten seasons at Floyd Central before he made the move to Indiana University Southeast where he spent the last nine seasons as the head of the Grenadiers’ very successful NAIA program.
While at Floyd Central, Coach Witten earned five Hoosier Hills Conference titles, five sectional titles, one regional title, and one state finals appearance. He was a five-time HHC Coach of the Year, a four-time ICGSA District V Coach of the Year, and a four-time Indiana All-Star game coach. With 222 wins for the Highlanders, Witten is the all time winningest coach in school history.
More recently at Indiana University Southeast, Witten compiled a 293-129-1 record and is the program’s all-time wins leader. Under his direction, the Grenadiers made six national tournament appearances in eight possible seasons. Witten was named conference Coach of the Year four times. Each of his nine Grenadier teams were named NAIA Scholar Teams with 3.0 GPAs or higher and 22 scholar-athletes were named NFCA Scholar-Athletes during his tenure. The Grenadiers placed 47 student-athletes on all-conference teams from 2013-2021.
WPMQ is excited to have Coach Witten on the softball field and in the classroom at CHS.
Article and photo submitted by WPMQ.