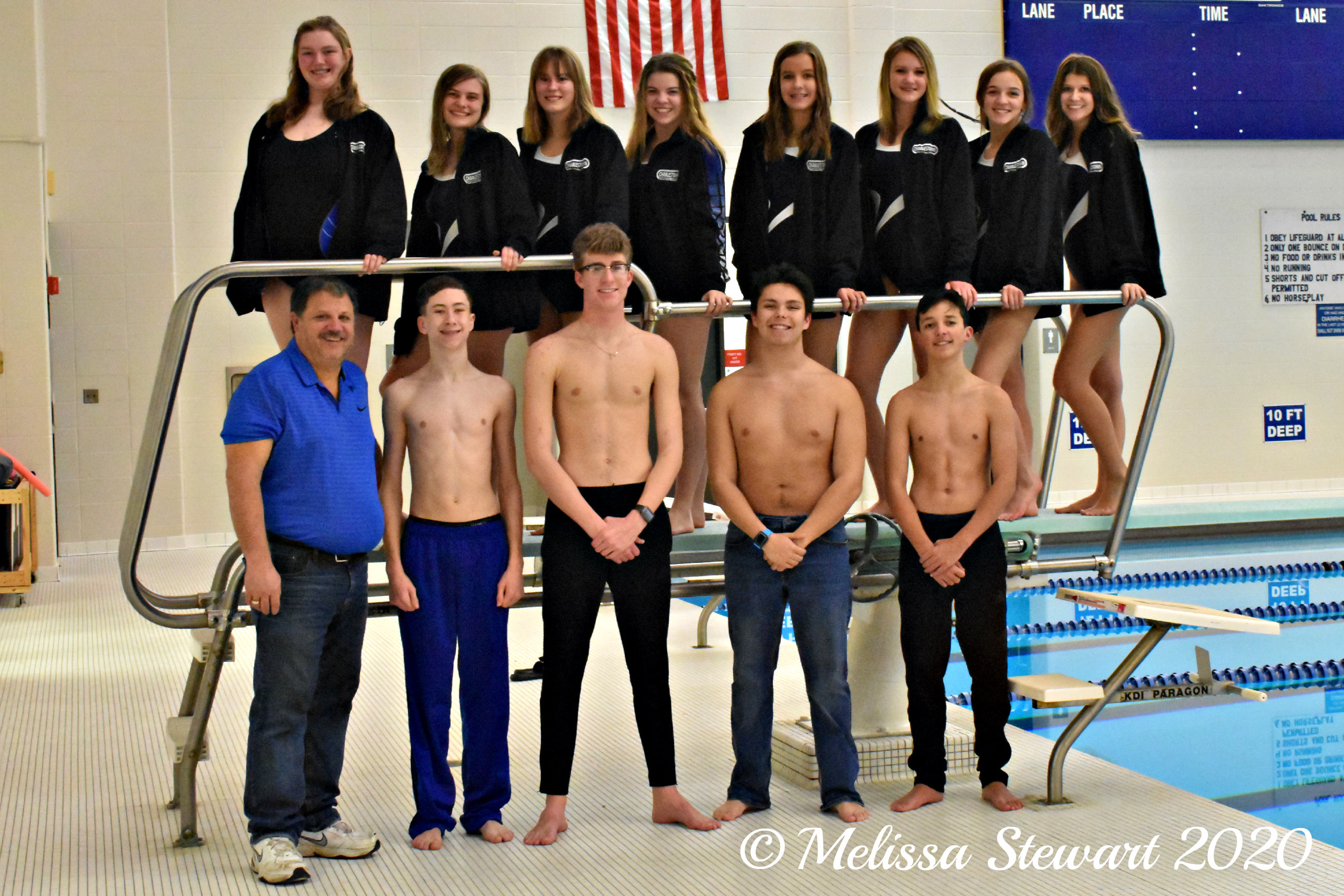 WPMQ’s Micah Kaelin and Trey Brison spoke with representatives from the Charlestown swim team and have updates to share on how the Pirates’ season is going.

The Boys Team has swam in 3 meets so far, with a 3rd place finish out of 6 teams.

The Boys Team has only 4 swimmers but have been working really hard this season, giving 110% effort at practice. Also their team has been improving throughout the season!

The boys have had to work through a major setback at meets. Due to their small numbers, they don’t have enough boys to compete in every event. There are only enough boys for one relay team, compared to other school with two. “Despite their setback, they all continue to work hard, place well, improve their times, and keep good attitudes,” said swimmer Grace Adams.

The Girls Team has been placing okay this season. Small numbers has been the only reason they haven’t won. “I’m really excited for conference. We’ve been working really hard and I have high hopes,” says swimmer Grace Adams.

The Girls Team have gotten several new freshmen that have helped increase their numbers including Anika White, who has been a strong edition. Individually our points leaders, Grace Adams (11th grade), Tina Ylipaa (11th grade), and Kendra Grayson (10th) bring the most points for the team. These girls have placed high in their events all season.

There are no seniors. There are 4 juniors: 2 girls, 2 guys. Every other swimmer is underclassmen.

Question: What swimmer has stood out to you the most?

Coach Sawyer said, “As you know swimming is a team sport and all the kids stand out and do their part to help win a meet. So I can’t say that anyone stands out more than any other. They have all done what is best for the team to get the win. All of them are working hard to improve.

The swimmers have been practicing and are ready to take on their opponents. Coach Sawyer says, “As far as sectionals we have been doing a lot of sprints and swimming about 2 miles a day”.

The Charlestown High School Boys and Girls Swim team traveled this past Saturday to compete in the annual North Harrison Invitational.  Both the boys & girls finished 5th overall at the meet, but posted personal best times by nine swimmers; including Sam Tetrick, Kaleigh Grayson, Karen Medina, Kelsey Burns, Paige Middleton, Jacob Jones, James Kaestner, Langdon Beckart, and Madison Baker.  Charlestown Girls highlight results include the girls medley finishing 3rd; Kaleigh Grayson finishing 2nd in the 200 IM and as well as 2nd in the 100 fly; Madison Baker finished 3rd in the 100 back, 2nd in the 400 free relay, and 6th in the 100 free; while Carly Shreve was 7th in the 200 and 100 free races respectfully.

Charlestown Boys highlight results include Sam Tetrick’s 2nd the 100 back and 4th in the 200 free; while Chase Fellows finished 2nd in the 100 breast, and 3rd in the 200 IM.

Congratulations to the Lady Pirates on improving on their 2015 5th place finish this year in the Conference Championship.